At the 2nd K.E.Y. PLATFORM, held at Conrad Seoul on Apr 23~24, efforts made by leading global companies to cope with disruptive changes in the global industrial structure, value chain and business model amidst a highly uncertain global economic environment were introduced.

The journalists at MoneyToday have identified the DNA for innovation through extensive interviews with the management of 100 innovative companies around the world including the US, UK, Germany, Sweden, the Netherlands, Switzerland, China and Japan for nine months from July 2013. From these interviews they have identified the ABCs of the innovative DNA; namely, Agility, Boldness and Clarity.

The countermeasures for the various signs of crises in the ‘2018 Global Scenario’, which was introduced at the 1st K.E.Y. PLATFORM in 2013 have been compiled into a report titled ‘The Disruption of Business Models, Innovation 101’ for the 2nd K.E.Y. PLATFORM .

It predicts that the companies that need to establish a new business model to cater to the appearance of the emotional customers in this age of hyper connectivity will be classified into three types; multi-platform, innovative process developer and innovative idea provider.

Furthermore, the ‘Value Stick’ innovation framework, which was used exclusively at the Columbia Business School for paradox management where two incompatible values such as high quality and low price are pursued at the same time (simultaneous innovation of the demand, process/supply chain) was highlighted.

At the 2014 K.E.Y. PLATFORM Conference, Director Heather Henriksen of the Harvard Center for Sustainability was connected via video from Boston and Marc Hendrikse, the CEO of the NTS Group of the Netherlands, Dr. Alexander Keller, Senior Partner for Energy and Chemicals at Roland Burger, Ambassador Lars Danielsson, Ambassador of Sweden to Korea and CEO Zhang Zhifang of Hexun have spoken about the methodology of innovation.

Four breakout sessions were held under the topics of management strategy, finance, new markets, and new media. Issues such as the evolution of business models, simultaneous innovation of the demand and process/supply chain, ‘evergreen investment’-a new concept in investment, strategies to enter new markets such as China, Vietnam and Myanmar and the innovative change in new media were discussed.

At the Plug-in & Talk special conference on the second day, we had young leaders from ‘S&S: Sense & Sustainability’, a research group that focuses on sustainability and its connection to the business world and innovative entrepreneurs and experts who have participated in a heated discussion as if they were in a ‘contest for innovative ideas’. This session had received a rave response from the audience.

The 2014 K.E.Y. PLATFORM was filled with know-how from 100 global innovative companies MoneyToday Media has been able to find by travelling to all corners of the world. It had suggested a direction for innovation in this age of uncertainty for Korean companies. The implications resonated not only with those who were present at the conference but also with the Korean economy and society as a whole.

“Innovation,” the Common Ace for All
The global economy is facing a new turning point in 2014, five years after the 2008 financial crisis wreaked havoc on the global economy. The United States, the largest economy in the world, is gradually returning to prosperity, and China, the reliever during the financial crisis, is slowing down its rapid growth pace to ensure sustainable growth. The European economy is also escaping from the fiscal crisis that lasted for years.

The new turning point, however, is not free from uncertainty. As the abundant liquidity, which was provided to overcome the crisis, is sucked out of the market, the market is becoming jittery again, and China’s restructuring schemes as well as Japan’s weak yen policy aimed at lining its pockets are threatening the global economy. Although Europe is barely escaping from the crisis, it is still in the state of depression.

In order to ride out these uncertainties, each country is resorting to an almost identical “ace,” which is “innovation.” 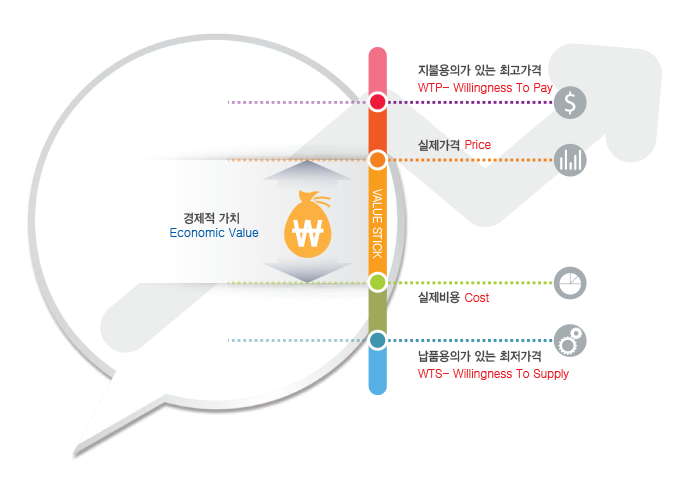 VALUE STICK
MoneyToday Media has used “Value Stick,” an analytical tool used solely by the Columbia Business School – one of the top five global business graduate schools, as the key analysis framework for the in-depth research on the 100 global innovation companies.

So far, companies have focused on one direction in the Value Stick: in order to maximize their sales, they enhance product competitiveness so that prices can approach WTP; or in order to improve cost competitiveness, they adjust purchase prices close to WTS.

Innovation in the Manufacturing Sector and Economic Innovation
The US, which has been at the forefront of creating new business models and industries through an abundance of innovative ideas mainly produced by Silicon Valley, has made the key move to innovate its manufacturing sector as well, the move aimed at creating jobs and propelling economic growth by fostering and supporting the IT-combined manufacturing industries of the 21st century. The US President Barack Obama has said that the future of the country depends on innovation in the manufacturing sector.

Germany, which boasts the world’s leading manufacturing sector, is also pursuing a broader strategy to innovate it. The country is combining the conventional manufacturing industry with ICT to explore ways to engender an evolution into an intelligent smart factory, aiming to engender a “4th Industrial Revolution” whereby all manufacturing processes become optimized so as to automate the entire production system.

Innovation Aimed at Creating New Demand
Amid the difficult and ever-changing market situation and increasingly cut-throat competition, front industries and companies are putting all their resources into creating new demand through paradigm shifts and various imaginations as well as innovative marketing tactics such as rebranding and big data. Their strategy is to provide future-oriented premium products and services through “open innovation.” The gist of the strategy is to reinterpret customers and markets in ways different from the past and thereby to create new segments.

Opportunities to create new demand can be found particularly in new markets. China still promises many opportunities, and “newly-emerging markets” such as Vietnam and Myanmar are also drawing attention. Leading companies are exerting their innovative efforts to approach such new markets. Although we are living in an era of uncertainty, it is also providing opportunities for the overall market to innovate themselves to create new demand. 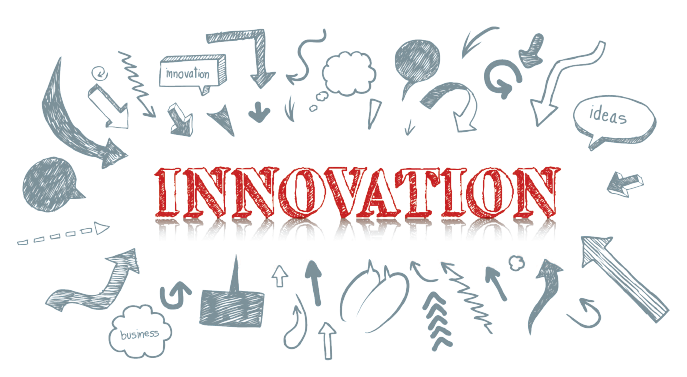 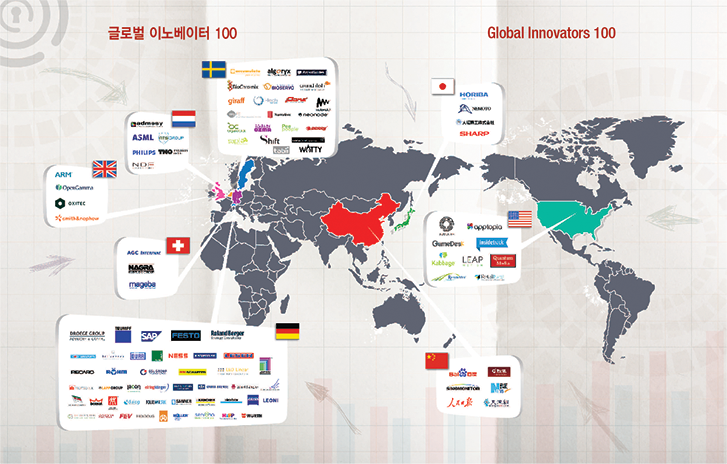 MoneyToday Media deployed more than 20 journalists in the past year for special coverage and collecting details of the process of innovation happening in the key global markets in order to present the “road to innovation” in the K.E.Y. PLATFORM 2014. Along the way, we visited 100 global innovative companies and interviewed innovative entrepreneurs through the assistance of various key administrative and research institutions: on the domestic front, the Korea Institute for Industrial Economics & Trade, the Small and Medium Business Administration, KOTRA, IBK Economic Research Institute, POSCO Research Institute and Siemens Korea; on the overseas front, Roland Berger Strategy Consultants, Droege International Group, Embassy of SWEDEN, Netherlands Embassy, VINNOVA, Holland High Tech, the Nomura Research Institute, Columbia Business School and Hexunwang.

In the United States and the United Kingdom, we interviewed innovative companies selected by Fast Company, a prestigious business magazine being recognized by both the general public and experts. The interviews focused on start-ups presenting new business models through innovative ideas rather than well-known large companies. Successful domestic companies including Chinese and Japanese companies were also covered.

MoneyToday Media will compile various examples of innovation and creative innovative ideas collected through in-depth coverage of 100 global innovative companies, and will present the results in the K.E.Y. PLATFORM 2014.